Macs Fan Control is a software that allows you to monitor the speed and temperatures of your Apple computer in real-time. It supports every model of iMac, Mac Pro, MacBook (Pro/Air) and Mac Mini and it also works with Windows XP and above. The program is designed to help you to fix noise problems, which can be caused by iMac HDD replacement, as well as overheating issues that usually affect MacBooks Pro. Macs Fan Control was created by Crystal Idea and it allows you to set custom RPM (revolution per minute) value or control fan speed in relation to a temperature sensor such as a third party hard drive. It is a feature-rich and convenient solution for advanced users who want to control the speeds of their Mac’s fans and keep track of the temperatures of the computer when it is carrying out tasks that can have an impact on performance. However, it is not the only option that you can consider. Here you will find a selection of similar applications.

This fan speed manager is specially designed to help you to manage the fan speed of.

This fan speed manager is specially designed to help you to manage the fan speed of your MacBook in an efficient and easy way. If you think that your computer is overheating, you can use Fan Control to monitor it. With this tool, you will be able to adjust the minimum fan speed based on the current CPU temperature. It doesn’t change the original automatic fan speed control so it is safe to use.

With smcFanControl, you can manage the fans of every Intel Mac to ensure that it doesn’t overheat. You can set the minimum speed of the fans, allowing you to adjust the fan speed so that your Mac runs cooler. To prevent damage to your computer, the software is designed to prevent you from choosing a minimum speed that is below Apple’s default settings. It is a simple, yet effective option to avoid that your Mac gets too hot.

This is another application that will allow you to monitor the performance of the system straight from the menubar. It offers a good selection of features that will allow you to keep track of different aspects of the system. You can keep track of CPU usage, check memory usage, disk usage and activity, as well as the current and total bandwidth. There are different display modes available in each category. It offers an efficient tool for monitoring and controlling different components of your Mac.

This is another tool that will help you to control the fan speed of your MacBook Pro so that you can manage the temperature and avoid overheating. It controls the minimum and maximum fan speed and can differentiate the two fan controls, the GPU and the CPU. It is an easy to use solution to adjust the fan speed base on the temperature of the CPU and the GPU. Lubbo’s MacBook Pro Fan Control also offers reports of the heat levels of both the CPU and the GPU.

iMac HDD Fan Control can help you to reduce fan noise and protects your drive from issues caused by high temperatures. Mac users can control the speed and noise of the fan thanks to the complete control that the tool offers. It prevents the fan from running at full speed all the time and allows your hard drive to run at a speed related to Drive’s temperature. It doesn’t require the Apple Temperature Sensor or firmware.

xScan by ADNX software is designed to help you to monitor the performance of your Mac computer to ensure that it works as it should. The application offers a user-friendly interface that allows you to manage the functions easily and display the information needed in a clear way. If any issues are detected, xScan will notify you and will provide details about general problems with certain processes or with the OS.

TG Pro allows you to get an insight of your Mac so that you can check more temperature sensors and get a wider range of options for notifications and fan speeds. With TG Pro, you get visibility of the components that are reaching high temperatures and that may overheat. You can increase fan speeds to make your Mac run cooler and the program lets you monitor the temperature effectively.

Noisy hard disk fans can be the result of using third party hard disks or solid state disks on your Mac. With SSD Fan control, you will be able to bypass automatic fan control and configure the speed manually. every time the SMC system goes to its default, SSF Fan Control starts working to ensure that your system runs quietly. SSD Fan Control also offers an easy solution to monitor and control fan speed.

Windows users can rely on SpeedFan, a software that takes care of monitoring fan speeds, voltages and temperatures. It can display hard disk temperatures and get access to S.M.A.R.T info, as well as digital temperature sensors. SpeedFan can also adjust fan speeds as needed to reduce noise. If your system fan is too noisy, SpeedFan is a good option to get this fixed. 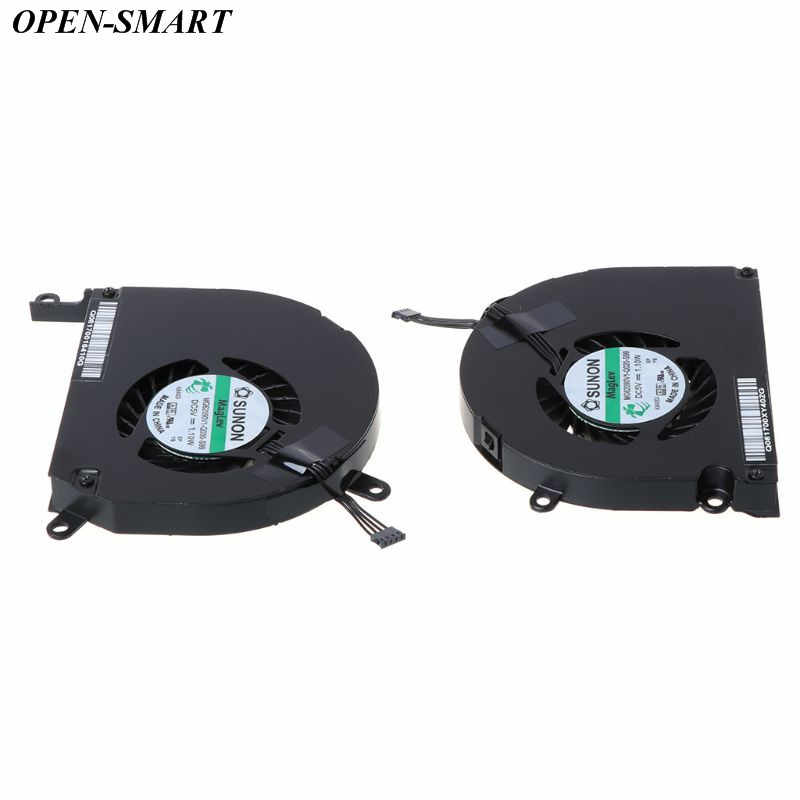 With Argus Monitor, you will be able to monitor the temperature of your hard disk drive and the performance of your hard disk drive by checking the critical S.M.A.R.T attributes continuously. The program monitors supports advanced features that allow you to check the health status of the system.It gives you notifications and warnings when potential issues are detected.

This free and open source solution also helps you to monitor fan speeds, temperature sensors, voltage and more, to ensure that your device runs smoothly. However, at the moment it only works on Windows and Linux. Open Hardware Monitor works with the majority of monitoring chips that are used on modern mainboards. With this software, you will be able to monitor CPU temperatures by reading the core temperature sensors of Intel and AMD processors.

Heavy resource consumption of computer resources often results to loud and annoying hard drive fan. The louder the fan gets the more uncomfortable a computer owner gets. Professional temperature monitoring and mobile app control are, therefore, necessary. The approach that detects the heavy resource consumption and it can change the speed of your computer’s fan. To control how the fan responds, you need to use the best Fan Control Software. Each solution uses a complex algorithm to access the digital temperature sensor thereby reducing the noise of a PC.

Quiet Fan has access to and full control of your motherboard’s fan speed. The software uses a simple control loop to keep your CPU at the target temperature, thus eliminating the dangerous temperature oscillations.

SSD Fan is an open-source fan speed controller, which gives you the overall control of your Mac computer’s fan speed. It features a daemon that runs in the background, and it makes speed configuration and temperature monitoring easy.

Fan Control Software for Other Platforms

Being able to monitor temperature, voltage, and fan speed with the best hardware monitor software you can save a headache and frustration of a noisy computer. Usually, the best fan control software will help you to access the digital temperature controller in your CPU and then regulate the speed of the system accordingly.

The CPU Cooler Master, a free app for Android, is the most popular CPU cooler for Android smartphones on the internet today. It’s overheating smart detection, the one tap cool down, and real-time temperature monitoring gives you the power to take charge of your smartphone’s fan speed.

Speed Fan for Windows is a property of the Almico. It’s the right tool you need to not only manage your computer’s fan speed also read and regulate the temperature of your motherboard, CPU, and the hard drive.

Overheating problems on Mac Book Pro and noise problems on the iMac HDD are annoying, but you can use the Macs Fan Control, the fan control software available in 32 languages, to control speed and optimize temperature.

The Most Popular for 2016: Smc FanControl

Did you know you could use this software to set the minimum or maximum speed of your computer’s fan? It makes your Mac OS computer run cooler. However, you cannot set the speed of the fan to a value below the Apple’s default.

How to Install Fan Control Software?

Fan Control Software solutions don’t have the one-size-fits-all instruction manual, but the installation process is almost close to similar for each tool. For example, to install the Android app, you need to visit the Google Play Store, look for CPU Cooler Master, click the install link and the Android OS will do the download and installation for you. You can also see Overclocking Software

The procedure for installing the software on Windows and other Operating Systems do vary, too. However, there will always be an installation model that you can easily follow to install the software. You may want to check the manufacturer’s installation guide before installing any tool, though. You can also see CMMS Software

As long as you have configured your software the right way, it should work fine. Each tool can access the digital temperature controller, detect the temperature of your system, detect the speed of the device, and then optimize them accordingly. Overall, the best bet is the software solutions will help you set the expected minimum and maximum value of your computer’s fan speed by hand, thus you have the full control of the speed and temperature at which your personal computer operates.