I’ve got at least two concepts for Android apps running around in my head, notebooks & text files at the moment. Being a web developer for some years now, and having developed a Windows app or two, I figured I would be able to start prototyping these concepts for Android without too much hassle.

My Mac seems to have lost the path to the Android SDK. I've reinstalled from mono-android-4.8.1-13.pkg and the installation seemed to complete OK. However, I can't find the SDK on disk.

So far, the hardest and most frustrating part of this process has been installing the SDK. Part of the hassle I’ve had is that most online resources only explain the steps required for users of Eclipse (which automates a bit of it for you). The most frustrating bit was forum answers which simply told you to install Eclipse to fix whatever code-related problem the asker was having.

I want to avoid Eclipse, for two main reasons:

The other hassles I’ve had is with the lack of accurate documentation. The resources I’ve been reading have overlooked some vital steps in the process of installing the SDK and getting your first app up and running.

I’m going to explain the steps I took to install the latest version of the Android SDK on my Mac OS X 10.7, plus the extra steps needed to get my first app working. These instructions are based on the official developer.android.com instructions on “Building Your First App“, but instead of any IDE I’ll be using the command line and TextWrangler.

The first step is to download the SDK. I opted to download the non-bundle version (under the heading “Use an existing IDE”). Open this and extract it. I chose to locate it in the directory /Android/ (in the root of my main hard drive). I will be referring to this path from now on. If you want to save it elsewhere, please translate that path in your head.

Next, go to /Android/tools/ and run the android file. It will open up a Terminal window, and then launch a GUI. This is the Android SDK Manager, and it is how you obtain the latest copy of the SDK, as well as extra tools and libraries you may need. I opted to download the entire “Tools” folder, the entire folder of the latest SDK (Android 4.2 – SDK 17), and the Android Support Library (under “Extras”).

The next step is to install Apache ANT. ANT is used to automate the build process, and is necessary for most users. You could build manually, but the ANT tool will save you a lot of time. This step was left out of the guides I read, and caused some confusion when it came time to build. Download the binary, and extract it. I then created the folder /Android/ant/ and copied the entire bin and lib folders into there.

The next step is to add ANT’s bin folder to PATH. This is a system-wide variable used by the operating system to allow you to directly open the contents of a folder without needing to specify it’s full folder path. As an example, I could type /Android/ant/bin/ant into the command line, or I could just type ant – they both do the same thing.

On Mac OS X, you add a folder to the PATH variable by running this command in Terminal:

The manual also says you should add the environmental variable ANT_HOME and set it to the main ANT folder (/Android/ant/), but I didn’t do this and haven’t had any issues yet.

Check you’ve installed it correctly by typing ant into Terminal and looking for this output: “Buildfile: build.xml does not exist! Build failed”

You also need to add the /Android/platform-tools/ and /Android/tools/ folders to the path variable. Execute these commands one at a time:

You are now ready to create, build, and run a bare bones app. The official instructions are fine here, so read the pages “Creating an Android Project“, “Running and Application“, and “Building a Simple User Interface“.

Tip about emulators: If your computer isn’t loaded up with a whole heap of CPU power, try create a virtual Android device with a smaller resolution and DPI. I’m running a 5.1″ WVGA 480 x 800 device on my several year old MacBook just fine, where as the higher res and DPI devices would take a long, long time to load and sometimes crash.

Tip about Reinstalling: The process where you install an app into the emulator doesn’t like it if you already have an older copy of that app installed. I have been manually deleting it each time by holding down the mouse on the icon and dragging it towards the “Uninstall” icon which appears. There is probably a way to automate this, but I haven’t found it yet.

The last page where you create another Activity lacks a few instructions. You need to manually add some imports to the top of your Java files before they will compile. These are listed in the instructions, except for one: import android.support.v4.app.NavUtils; 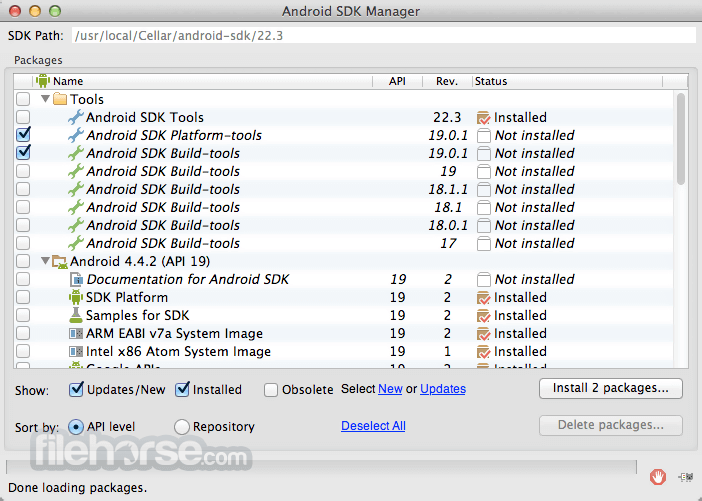 This last one tripped me up a bit, as I hadn’t installed the Android Support Library at the start. As you did, you shouldn’t have issues with this triggering a compile error.

By now you should have be able to run your app in the emulator and create a new view. For me, this whole process was incredibly painful and took well over an hour to figure out. Writing it all down, it does seem a lot easier than it felt at the time, but I suppose hindsight is 20/20. With any luck, my publication of these tips has helped you.

Also, stay tuned for information about our upcoming Android products.

As we know Android Open source and acquired by Google. Google giant company in the Technology Industry and doing much more changes in their products. Google always up to date their products with new and benefit features in the Market. As we talk on Google we move to Android Google launched every year Android new version in their Big Event is called Google I/O. Google launched Android 6.0 Marshmallow in 2015 Google I/O Event. In that too much features introduced by google.

Let me tell you in deep If you are developer and want to develop Android Apps then you need to know about the SDK (Software Development Kit). SDK is typically a set of software development tools that allows the creation of applications for a certain software package, software framework, hardware platform, computer system, video game console, operating system, or similar development platform. SDK always combination of the small small programs that make one Strong Software to do your work easy.

Those all features launches in the Google I/O 2015 Event. Google arranged the name of Android Alphabetic wise. So, In this year Google going to launch the Developer Preview for the Android N. In that Developer can contribute and also report the Bugs in the development. So, this is the Too much talk on the Google and Android version lets get started how to Download, install and setup the SDK for the Android 6.0 SDK.

Before begin the installation, you need to check your Windows specification is same as Marshmallow system requirements. Such Operating Systems like Windows (XP, Vista, 7, 8, 8.1, 10) are able to run the ADT (Android Development Tools). Then you’re proceed to installation steps. Let’s check system requirement on that OS which are you using.

If you already have the android studio or eclipse and want to direct download the Standalone SDK visit the Google Site and if you want to download SDK with Android Studio.

Step 1 First you need to Install JDK [Java Development Kit]. I am going to download JDK 7 you can download select as your system requirement 32bit or 64bit of your System.

Step 3 Choose Drive where you want to install the SDK. After Installing the SDK open it.

Step 5 Once all tools load complete then select what you want to download.

Step 6 Click on “Install packages…”. You will be prompted to confirm the packages you chose to install and you would have to agree to the License information to proceed.

Step 7 Click on the Install and now wait for the all the packages to download and install in your System.

When done with download you can see all selected packages mark with installed.

All the Above steps same for the Installing Android SDK 6.0 in Mac.

Part 2: How to Fix Errors if Failed to Install Android 6.0 SDK

Some time might your SDK run and at a time closed SDK Windows so what you have to do ?

Step 2 In that you can find android.bat file. Right click on that and edit it with Notepad.

Step 3 In Notepad Find the line in the file java_exe 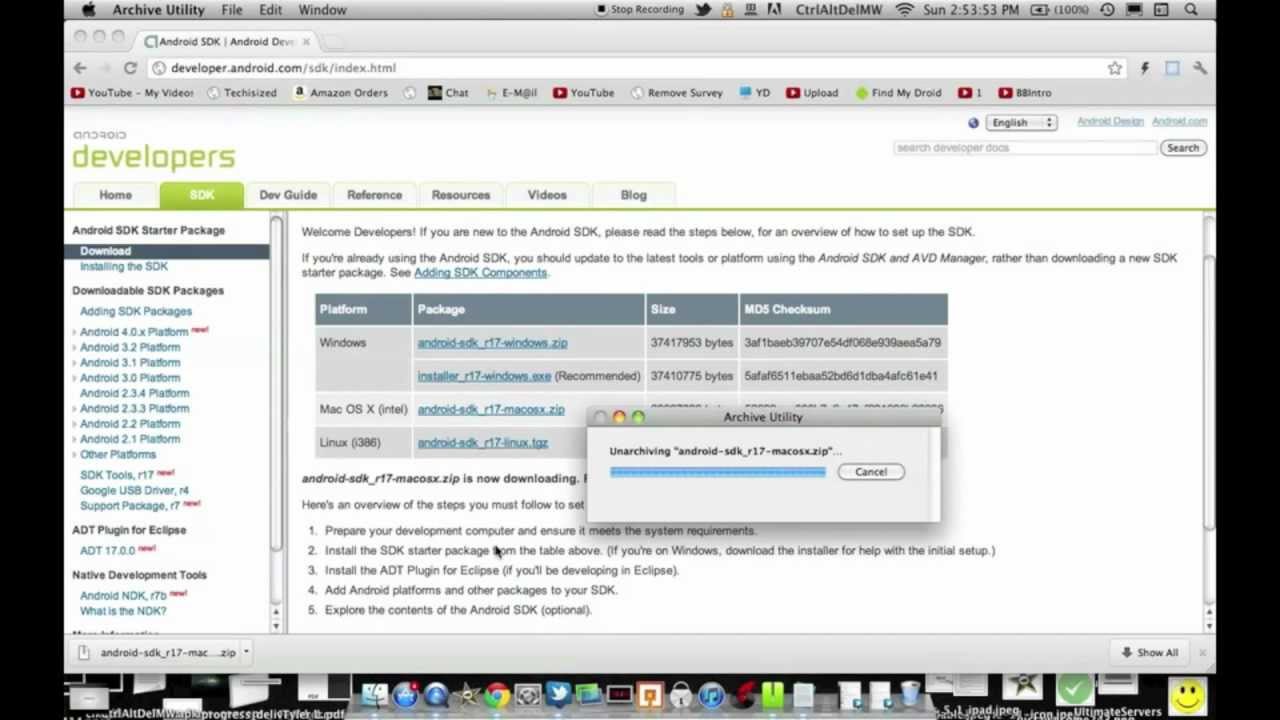 Above Problem you can solve Other way 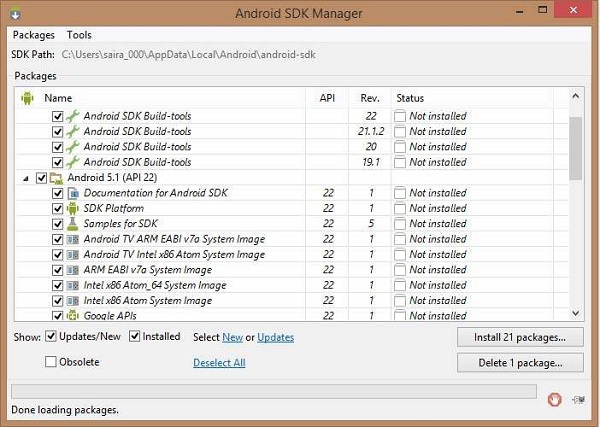 1 - Use Android Studio for development of Android Apps Development. 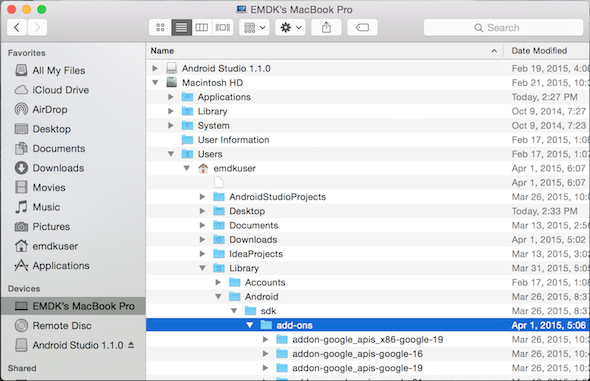 3 - Recommended your system have Graphics Card at least 2GB.

4 - Use Android SDK latest Packages for the Development

I recommend you to use Android Latest SDK for the Development. As we know Google always up to date Android version and this year Google launched Android N version for the Developer Preview on March 2016. All new Features from the Google may be Released on the Google I/O Event 2016 on May 18-20. Still we can do work on Apps development on Marshmallow 6.0.