May 20, 2020 Turn Up the Graphics With the Best Mac External GPU Even though a MacBook or MacBook Pro is a powerhouse by itself, adding an external GPU can bring the visual performance of your Mac to new heights. Fortunately, there are other ways to bring more of a desktop-like experience to your laptop, too.

The idea of an external graphics card (eGPU) was once the talk of fantasy, but that’s no longer the case. Thanks to Thunderbolt 3 and its high-bandwidth 40Gbps transfer rate, external enclosures can now accommodate high-end graphics cards.

That means you can now supercharge the visual performance of your Mac computer, even if it’s a laptop. There are some caveats to doing this, namely a limited number of supported graphics cards and the high price of getting started.

That said, let’s take a look at what you need to add an external GPU to your Mac or MacBook and which ones you should buy.

In addition to owning one of these Apple computers, you’ll also need macOS High Sierra 10.13.4 or later. Finally, you’ll need to purchase two additional items, either separately or as part of a bundle:

With all this in place, you should be able to put the graphics card into the enclosure, then plug the enclosure into your Mac for a significant boost in graphical fidelity. However, you may still be limited in how you can use your eGPU.

The Limitations of External GPUs on macOS

Not every application you run can take advantage of your eGPU. In many cases, you’ll need to plug an external monitor directly into the eGPU enclosure to see the benefit. This is the case with many 3D games and VR applications.

Some pro-level software designed to take advantage of multiple GPUs will just work as you’d expect. This includes 3D modeling apps and video editors, but it’s worth confirming your application will see a benefit before you buy an eGPU.

Some applications and games have received patches allowing you to accelerate the built-in display on your iMac or MacBook. However, this is something that developers must enable on their end, so it’s worth keeping in mind if you’re thinking of using an eGPU purely to accelerate your in-built display.

At present, there are only a small number of compatible graphics cards you can use as an eGPU on your Mac. They are all AMD cards.

According to Apple, these are:

The Best eGPU Enclosures and All-in-One Options for Mac

A great first place to look when searching for an external GPU for your Mac is with the Blackmagic eGPU. This eGPU sports a Radeon Pro 580 graphics processor with 8GB of GDDR5 memory. It also offers several additional ports to use.

Thanks to up to an 85W power delivery feature, you can use one of the two included Thunderbolt 3 ports to power your MacBook Pro without needing to worry about an additional power brick. There is also an HDMI 2.0 port and four USB 3.0 ports.

Blackmagic includes a 0.5m Thunderbolt 3 cable so you can get started with the eGPU right out of the box.

You’ll need to provide your own Mac-compatible graphics card when using the Sonnet eGFX Breakaway Box 650. The 650W power supply supports 375W cards that require up to an additional 100W of peak power.

There is also 100W of power delivery reserved to power a laptop with the one Thunderbolt 3 port. A 0.7m 40Gb Thunderbolt 3 cable is included with the enclosure.

If you already have a graphics card in mind, the Razer Core X Chroma is another great enclosure choice. The 700W power supply can support a graphics card up to 500W. There is also 100W available for powering a laptop via the Thunderbolt 3 port. On the rear of the enclosure, you’ll find four USB. 3.1 ports and a Gigabit Ethernet plug.

When it’s time to install the card, there is a quick-release handle on the enclosure to bring out the slider tray. No tools are needed for a quick and easy installation. The enclosure sports additional cooling and open vents in the body for the best thermal performance. 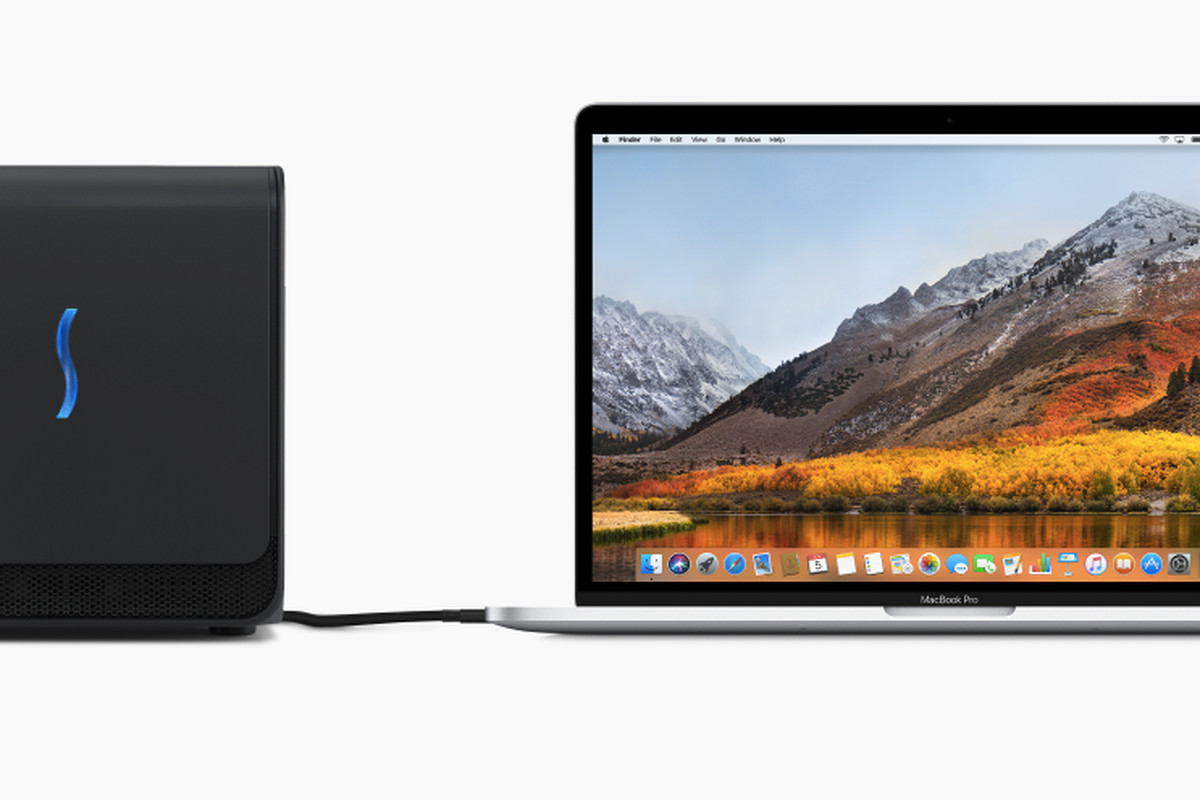 The Sonnet eGFX Breakaway Puck Radeon is made for portability. The all-in-one option sports a built-in Radeon RX 560 GPU. Along with three DisplayPort ports, there is an HDMI 2.0 port and a single Thunderbolt 3 plug.

The Thunderbolt 3 port can provide up to 60W of power to your MacBook Pro. Sonnet includes a 0.5m Thunderbolt 3 cable. While the additional VESA mounting bracket allows you to place the eGPU on the back of a monitor to free up desk space.

The PowerColor Mini Pro sports a built-in AMD RX570 graphics card with 8GB of memory, so you’ll be comfortably set up to attach it to your Mac. Thanks to an external power adapter, the eGPU is lightweight and compact, making it perfect for a desk. It also cuts down on heat inside the enclosure.

On the front of the eGPU is the Thunderbolt 3 port and two USB 3.0 ports to connect another device like an external hard drive. The rear of the box sports several display connection options—two DisplayPort plugs, two HDMI ports, and a single DVI-D port. There is also a Gigabit Ethernet plug on the side of the box for a fast Internet connection.

Turn Up the Graphics With the Best Mac External GPU

Even though a MacBook or MacBook Pro is a powerhouse by itself, adding an external GPU can bring the visual performance of your Mac to new heights. Fortunately, there are other ways to bring more of a desktop-like experience to your laptop, too.

For instance, take a look at these great Thunderbolt 3 docks for Your MacBook Pro.

Read the full article: The Best External GPU for a MacBook Pro

Check if the discrete or integrated GPU is in use

To see which graphics cards are in use, choose Apple () menu > About this Mac. The graphics cards currently in use appear next to Graphics. Learn which integrated GPUs your Mac might have. 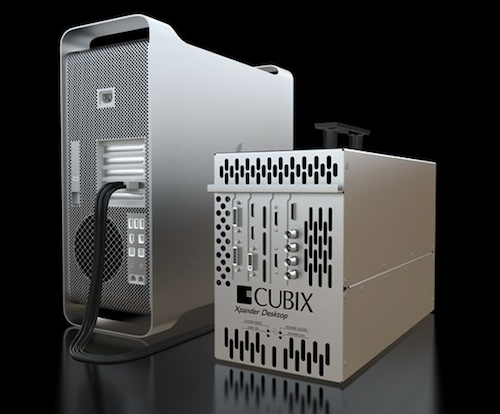 Check if an app is using the dedicated GPU

To see if an app is using the higher-performance discrete GPU, open Activity Monitor and click the Energy tab. If you don't see the Requires High Perf GPU column, your computer only has one graphics processor.

In this example, iMovie and Final Cut Pro are using the higher-performance discrete GPU:

Here are a few examples of apps and accessories that use the higher-performance discrete GPU: 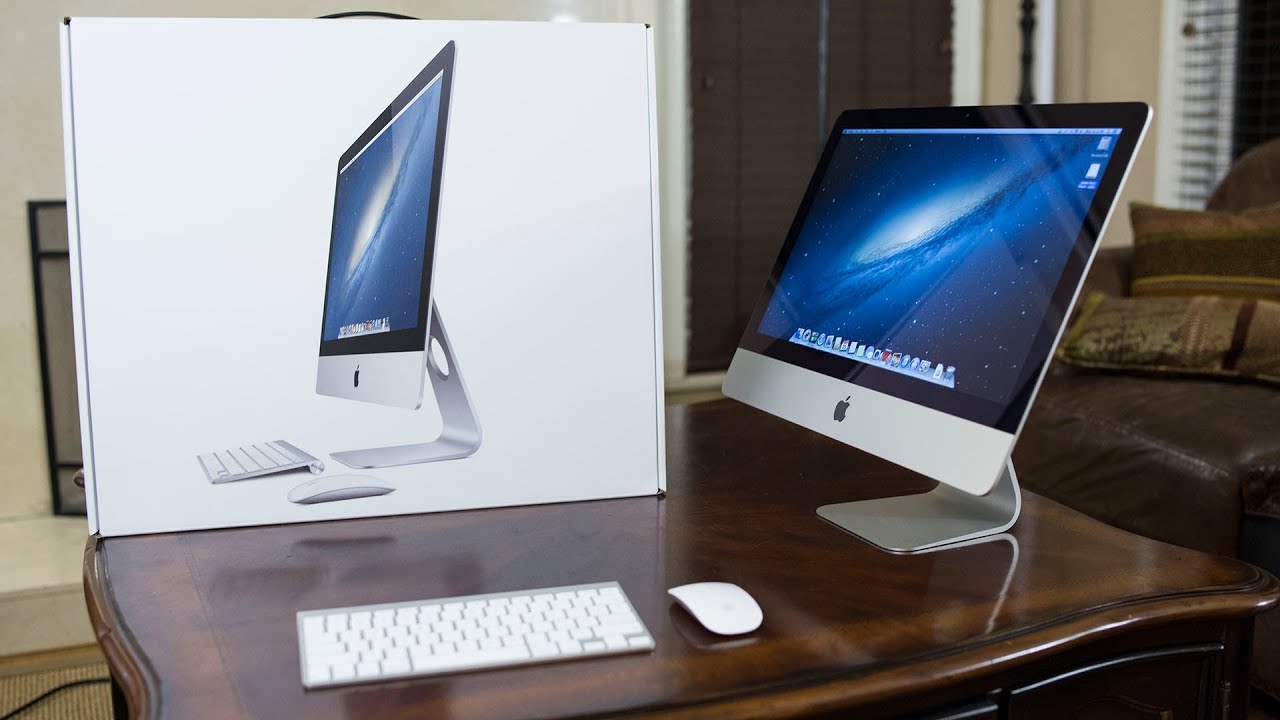 Learn how to use an external graphics processor (eGPU) with your Mac.

Here is a list of the Best Free MAC Cleaner software.Using these you can choose the option to clean MAC of the unnecessary files.These contain several tools to get rid of unwanted junk, like: app cleaner for MAC to clean MAC apps, memory clean MAC to clean memory of your MAC, clean up MAC hard drive, and Disk clean MAC.You can also optimize your MAC by setting startup options, clearing cache.