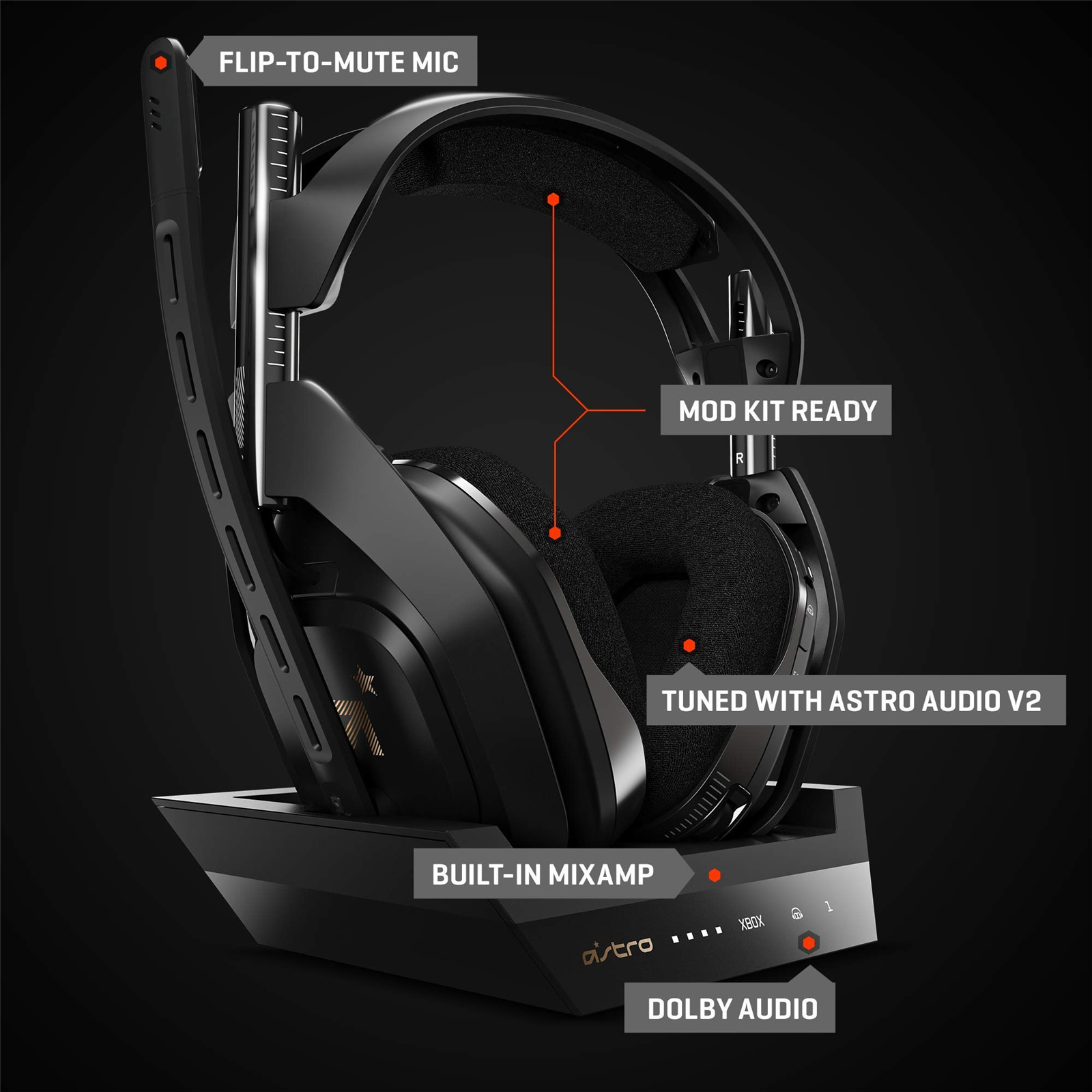 Universal USB or Analog Apple Headset
For Mac - iPad - iPhone
Currently you'll find three types of wired Apple compatible headset hardware: All-Digital USB headsets with a simple USB cable that's instantly recognized by OSX in Sound Preferences Pane. There are Analog headsets that also include a USB Audio Adapter Dongle that converts the audio and microphone signal to a single USB connection for Mac use. Apple users could also opt for newer TRRS 4-Pole Analog headsets that use a single plug like the iPhone, iPad and newer Mac's use.

More recently, Apple standardized on a single 4-Conductor 1/8th inch plug for earbuds and headsets with integrated microphones. This occured both on desktop Macintosh and MacBook laptops - along with iPads and iPhones. The PC and cell-phone world saw the appeal of this and many manufacturers are now delivering Apple compatible TRRS 4-Pole headsets with mic that use a single 4-pole plug that work the same with either Mac's or PC's.
4-Pole Headset With Mic
For Mac - iPad - iPhone
Many older Macs used 'Microphone Level' rather than 'Line Level' input voltages in their audio jacks. The standard 1/8th inch plug looked the same, but many PC analog headsets with microphones with 2 separate plugs, one for it's built-in mic simply did not work on a Macintosh. They failed to deliver adequate volatge to the audio in port for the microphone to produce an audible level of sound. Mono and stereo headsets compatible with Mac have been a bit problematic historically. For a long time Apple used different line voltage standards for 1/8' plug microphones that fractured the Analog headset market into those that were PC compatible and others that were Mac compatible. As such, USB headsets for Mac became a far wiser headset choice for assured Mac compatibility.

A new generation of all-digital Mac compatible USB-C headsets with mic can use the Type-C USB 3.1 / Thunderbolt 3 ports on newer MacBook Pro and Air laptops, as well as the latest iMac and Mac mini desktop computers. Mac Compatible USB-C Headset
Type-C or 4-Pole TRRS Connection
Shop carefully if you want a Type-C connector; there's still a million rectangular Type-A USB mic headsets out there. However, you can use them on a newer Mac with the addition of a USB-A to USB-C adapter or hub if needed. Apple compatible USB-C earbud style headphones with inline mic are easier to find because so many new smartphones are also adopting the Type-C USB-C interface for audio and charging.

For cordless freedom, some may prefer an Apple compatible wireless Bluetooth headset with mic. You can roam a bit while in use, though headset recharging will still need to be done via USB periodically.
Jabra Evolve Pro Headset For Mac
2-Device Bluetooth Pairing Support

Headset For Mac Features To Look For

When shopping for a headset to compliment your Macintosh computer setup, consider the varied uses and OSX applications you'll likely use. For iTunes music enjoyment, ponder headsets with larger 30mm to 50mm driver elements to reproduce deep bass frequencies most music lovers and gamers prefer. For Apple Dictation needs, some may prefer a lightweight Mac mic headset design that can be worn for extended periods. Some small business and VOIP users might actualy prefer a single-ear monophonic headset so that they can more easily interact with a conventional desk phone or converse easily with coworkers.

Notification - Apple and the Apple logo, Mac, MacBook Air, Mac mini or iMac, MacBook Pro, OSX and and any others are a registered trademark of Apple Inc. in the US and other countries. Other computing accessory, peripheral, upgrade, add-on and gizmo and gadget mfrs, brands and product names which may be mentioned at this web site are registered trademarks of each related technology corporate entity. Tv stick macbook.

There are many different kinds of Mac compatible mic headsets in the marketplace with various functions and widely differing levels of quality. Picking which headset to buy for your Apple voice and webcam video conferencing setup depends upon how long, where and when you'll make use of the headset during any given voice or video chat session.
Universal Apple Compatible Headset
Digital USB *or* 4-Pole 3.5mm Connectivity
Headsets can be utilized to conduct and manage Skype, Zoom and FaceTime calls from your Mac, as well as enjoy streaming computer audio, iTunes music playback and for Apple speech recognition. A headset can be either wired or wireless and can vary greatly in size and shape. They may be lightweight (such as ear buds or single on-ear Bluetooth headsets) to larger over or behind the head headset designs. Most gamers and music lovers will prefer a stereo headset, but single-sided mono headsets for business use may be more practical and preferred in an office call-center setting.

For simple plug-n-play convenience and full-fidelity sound reproduction, these Apple compatible USB headsets with microphone are ideal for use at your Macintosh desktop setup. Some feature long cords, often around 8-10 feet long to let you kick-back in your office chair or roam a bit even though you're still tethered to your computer.

A new generation of USB-C mic headset connectivity is needed for new iMac, Mac mini or MacBook models with Type-C Thunderbolt 3 ports (which are USB 3.1 compatible.) There are a few native USB-C headsets with mic reaching the market worth review. You can optionally use a rectangular USB-A to USB-C adapter to use conventional USB headsets with if needed.
Plantronics Stereo USB-C Headset
Native Type-C Interface

How Will You Use The Headset?

When considering which Apple compatible headset to purchase, first ascertain exactly what you primarily intend to utilize it for. Think about whether you'll be using your headset for pleasure or business, for gaming, for music playback, for Mac webcam conferencing, or for OSX speech recognition and Apple dictation. Headsets can be USB, USB-C, wired, wireless with a 2.4GHz RF transmitter, or via a Bluetooth connection to your Mac.

Wireless Headsets For Webcam Chat On A Mac

Wireless headsets obviously provide the advantages of more mobility which Apple users increasingly prefer. RF models have higher-fidelity audio and a more reliable operating range up to 50 feet, while Bluetooth typically craps-out within 30 feet or less. Bluetooth headsets also compress the audio signal and make some tradeoffs in speech and music quality. That makes them 'okay' for casual video and voice chat, but less than optimal for speech recognition and Apple dictation where precise interpretation of the audio signal is required. Both types of wireless headsets incorporate rechargeable batteries that may recharged via USB or a dedicated AC power supply. One advantage of Bluetooth headsets is that they don't require a USB port and can be switched between multiple gadgets when needed, for example an iPhone, Mac laptop or desktop, a home stereo, or a video gaming console after being paired with each gadget.
If you intend to use your headset primarily for webcam video chat or Skype on a Mac, a hard-wired USB headset is typically the most reliable and highest fidelity headset to buy. After all, you're not likely to be wandering far from the external webcam or built-in Apple iSight's view. If you have the urge to roam, wireless is a better choice.

Because accurate capture from a headset's built-in microphone is critical for speech recognition accuracy, a wired headset (either Analog or USB) or RF wireless headset is generally preferred over Bluetooth. There are some exceptions as some of the latest generation of Ultra-Wideband Bluetooth 4.0/5.0 headsets don't rely on heavy audio compression as in the past and perform better for Mac dictation and speech recognition.

Headset Comfort And Convenience During Use

Comfort and wearability is also a consideration to take into account when buying a headset for Mac and iGadget use. Comfortable, pivoting ear pads and padding on the headband can make long chat sessions alot more enjoyable. Many quasi-portable headsets have folding headbands and ear-cups that pivot so they can lay flat when not in use: They're more convenient and less space-hogging for travel or storage. Wired or Bluetooth earbud headsets with Apple compatible microphone integrated into the cord are most portable of all.

Headsets For Mac Music And Gaming Too

If you're leaning in your purchase a headset to primarily improve Apple iTunes music experience or for gaming needs, think about headsets that explicitly brag about deep bass and full-range 20Hz-20KHz response. These types of headsets have the tendency to feature big 40mm, 50mm or larger internal sound drivers for rich bass and hi-fi audio, and well-padded ear cups for enduring comfort and fully-immersive sound. Because gamers typically put on these headsets for long gaming sessions, these are typically wired to connect to a computer or console. RF-Wireless gaming headsets are also a popular choice. With the former, players don't need to futz batteries or deal with periodic recharging issues, with the latter they get some freedom to roam at a distance from their TV or Mac computer screen. 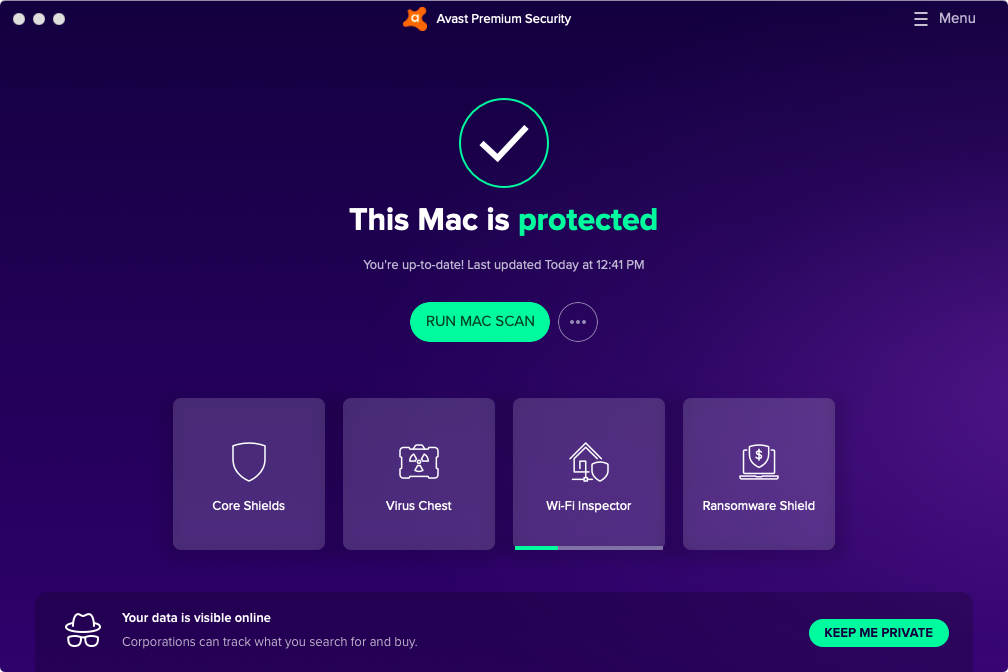 When deciding on your purchase of a headset, take into account the surrounding environment where you'll be using it. If it's a noisy environment, as in an office or a residence with roomies, in-ear or full-size earcups help block out ambient noise. Many lightweight headsets have open-air foam ear-coverings to also allow hearing what's going on around you - which can be important in a business environment. Some headsets feature noise-canceling mics, or ambient noise-cancellation to block unwanted enviromental and background sounds.

Think about headset compatibility with Apple hardware when you're deciding to buy a headset. If the headset has a USB or USB-C plug, you're all set since OSX has standard USB audio drivers built into the OS. Some vendors like Logitech or Creative Labs MAY provide specific Apple support for sound control with SELECT models of higher end headsets. Sadly many of the more elaborate 5.1 surround-sound gaming headsets only work in 2.0 stereo mode when plugged into a Macintosh.

How To Connect Iworld Headphones

Apple's use of non-standard signal voltages in analog microphones was problematic in the past. Another problem is most PC headsets have TWO separate 2 and 3-conductor 1/8' 3.5mm plugs: One for the microphone, the other for the stereo headset. Macs have a combined audio port. More recently Apple introduced a 4-conductor (4-Pole) TRRS audio jack that combines speaker and mic into one. Macs since 2010 and iPads, iPhones and iPod touch support the TRRS 4-pole plug CTIA standard, as do most cell-phone manufacturers as well.

As such, the latest generation of 4-conductor analog microphone headsets are now both Mac and PC, iPhone and Andriod / Samsung / etc compatible. Some come with both separate dual plugs (for older computers) and a interchangeable 4-pole plug for more modern devices. In short, many more analog headsets are now appropriate for Mac OSX / iOS use.
⇐ ⇐ Best App For Instagram On Mac
⇒ ⇒ Driver Controller Xbox 360 For Mac
New Articles