Crack iOS RestrictionPasscodes using brute force. iOSRestrictionBruteForce v2.1.0 – Crack any iOS Restriction Passcodes With Python. This version of the application is written in Python, which is used to crack the restriction passcode of an iPhone, iPad and ipod takes advantage of a flaw in unencrypted backups allowing the hash and salt to be discovered.

MACKISSIC SC 182-16 BRUTE Chipper Description New these machines are over the chipper rotor is equipped with two heat-treated knives capable of chipping branches and trees up to 4 inches thick. This machine is in great shape. The 82 features 48 free-swinging hammers in shredder chamber. THC hydra is one of the oldest password cracking tools developed by “The Hackers. John the Ripper: Tool for Mac password cracking. John The Ripper is perhaps the best known.

iOSRestrictionBruteForce is a small application for Mac and Linux which attempts to find the restrictions passcode for an iOS device (iPhone, iPad or iPod Touch) by brute force examination of its iTunes backup, without needing to jailbreak the device.

How to use iOS Restriction BruteForce v2.1.0. 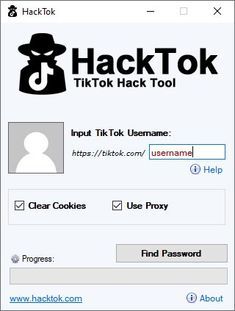 how does this work?

This code was made with the Passlib python module. the first step trys the top 20 four-digit pins, then Trys birthdays between 1900-2017 and for last module method use Brute force pins from 1 to 9999.

If you want to run KeePass in Mac OS X like me, you can do it with Mono (described here for example, and also mentioned in the program’s downloads page) but I find it buggy (random exceptions, crashes, etc that can ruin unsaved work). Instead, you can try using KeePassX. KeePassX is actually an old project, a KeePass client for many platforms. I have used it in the past in Linux-based systems but at that time it couldn’t handle v2 databases and actually Mono worked well under Linux so I used the official application. This doesn’t seem to be the case with OS X though.

The thing is, if you go to the regular KeePassX downloads page you’ll end up with an old version of the application for Mac that doesn’t really work with v2 databases. Instead, you have to get the so-called KeePassX 2.0 version which you can only find through the site’s News page (sigh). Here is a direct link to the latest version: https://www.keepassx.org/dev/attachments/download/59/KeePassX-2.0-alpha5.dmg. Please keep in mind that this is an alpha version. Still, I found it to work OK, but I would use a cloud based solution with versioning (see Dropbox, Owncloud, etc) to store the database file just in case.

Another option is to use MacPass, a native open source KeePass client for OS X, but this is even more alpha software, so I would recommend against it for the time being. It is being developed quite actively though and looks a promising alternative for the future. Remote control for itunes on macbook.