The late 2012 Mac Mini is somewhat of an icon today. It is the most recent quad core model of the Mac Mini, and also conveniently has a spare bay for easily adding a second hard drive in the comfort of your own home. 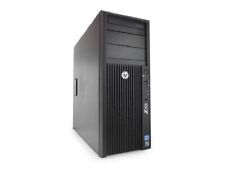 My late 2012 model had a 256 GB SSD from the factory, and was inching towards needing more storage, so a few nights ago I finally installed a second SSD.

I put in a Crucial MX300 525GB SSD that I purchased from Amazon, using the IFIXIT Mac Mini Dual Drive Kit that I purchased directly from IFIXIT. I kept the original SSD right where it was in the lower bay, and added the new SSD into the upper bay, giving me a total capacity of 781 GB of speedy SSD storage. I was on cloud nine the next morning when I walked into my home office, looked at the completed restore, and verified that OS X was running from the new SSD.

I'm going to provide all the information you need to do an SSD install yourself. I'll leverage great information that is already published by other contributors, and put it all together in this one post. Before I start that, a bit of history on why I chose to add a second SSD to my late 2012 Mac Mini, instead of buying a newer Mac computer.

At one point, I considered an iMac, but last year mobility became a little more important for me, so despite the fact that I love the iMacs, I decided that a MacBook Pro was a better choice for my iOS development and related technical activities. With an imminent MacBook Pro refresh last year, I waited until the October announcement, and was disappointed to learn that the MacBook Pro would have a maximum of 16 GB of RAM, as I talked about in this post on my blog.

The refresh announced at WWDC this year was equally disappointing, with the Pro again topping out at 16 GB. For me to purchase a MacBook Pro in Canada with a 512 GB SSD, right now I would need to spend about $4200 including taxes. That is a very hefty price, and it is one that I'm not willing to pay for a system that does not have 32 GB of RAM.

Based on those prices, I decided that I'll stick with my perfectly performant Mac Mini for now, and increase the storage by adding a second SSD.

To recap what I bought to accomplish the upgrade, here are the two items:

When I ordered these items on a Sunday, the SSD arrived Monday, and the toolkit on Tuesday, which was awesome considering the toolkit had to clear customs. I also bought a small LED lamp, but I needed that anyway so I won't count it as a necessity for this upgrade 🙂

I had spent some time researching the best way to go about the installation, and here is what I followed, and recommend if you would also like to install a second SSD into your Mac Mini.

If you still have trouble seeing a specific part while following the process, just look on YouTube for other videos just to get a different vantage point. There are a number of them available.

The picture above is showing the the connector just as I was starting to remove it from the socket. When you first look for this connection, you'll likely see black tape covering it, so you have to gently lift that up to see the connector.

The picture below is what the socket/post looks like once the connector is removed.

The third picture below shows you what the inside of the connector looks like, so you can conceptualize how it snaps onto the post above.

One question I've seen from doing lots of reading, is whether you need a second bracket when you install the new SSD. As you'll see in the video, you do not need another bracket. The factory SSD (at least in my case) was in the lower bay, which means closer to the bottom of the Mac Mini when it is sitting on a desk.

When you have it upside down to disassemble it, that means you would take the original SSD out first, and it is actually not inside the bracket that comes with the Mac Mini. The studs on the original SSD keep it in place vertically, and the antenna plate screws into that SSD. This leaves the spare bay and bracket ready for your new SSD.

The bracket is the last piece that gets removed during disassembly. Here is a picture of the empty Mini, the bracket after it has been removed, and other components. Before removal, the bracket was on the right side of the chassis.

Below is a picture of the SSD now installed in the upper (spare) bay, which means at the top of the unit when it is sitting normally on a surface. The original SSD will be installed on top of the new one in the orientation below, but doesn't require a bracket.

Here is the unit below, once all of the components are back in position.

In addition to installing the SSD, this turned out to be a good round of preventative maintenance as well. Upon opening the chassis, there was a significant amount of dust in various areas. Below you can see it on the fan, and more was visible on the other side.

With a few sprays of compressed air, it was all cleaned up and looking like new.

This Mac Mini is the same system I talk about on my blog, describing the Minimal Mac Setup For iOS Development. I almost feel guilty calling it a minimal Mac setup, because it was already amazing, but with another 525 GB of storage, and the quad core processor, it is totally awesome for iOS development, and anything else I throw at it. I run many applications simultaneously, including Parallels and Windows, and for the total cost of my system, including this recent upgrade, it really is a nice setup.

We will see where Apple goes regarding offering 32 GB of RAM in the MacBook Pro. In the meantime, I'll enjoy my refreshed Mac Mini, and it should not be a problem to ride out the drought in MacBook Pro RAM, until Apple releases another true 'Pro' laptop.

Canon mf3010 scanner software download. I should mention one other thing, which is that some other years of the Mac Mini do offer some user servicing and upgrade possibilities, depending on the model. I've only referenced the late 2012 model in this post since that is the one I'm familiar with. Check other blog posts and articles for specifics on your model if it is from another year.

I hope that this post will help anyone wanting to upgrade their late 2012 Mac Mini by adding a second SSD. I love that the late 2012 had the spare slot to add a second SSD. As Mark Diglio said in his post I referenced above, the process indeed was 'a really nice learning experience', and made for a very fun, enjoyable, and productive evening.

Disclosure: The process of installing a second SSD was enjoyable, but nevertheless has risk and something could go wrong. The products I mentioned in this post are those that I recommend, but please do your own research to be sure that an SSD installation is right for you, and that you are choosing the right SSD and toolkit for your needs. The SSD I chose is referenced through an affiliate link, which means that I may earn a small commission (at no additional cost to you) should you elect to purchase the same SSD through the link. If you do it is much appreciated and I thank you for it. Either way, I hope that this post has provided you with the information you need to upgrade your own system and enjoy more storage at a relatively low cost.